Jane McCormick, a mother of a young son with Down syndrome in the early 1950s, knew that her son and others would benefit from daily structured programs taught by loving teachers. She organized a group of mothers whose children had special needs and, in 1953, founded the Mother’s Club for Exceptional Children.

In 1955, the Mother’s Club began offering structured courses in southern Ottawa for children and young adults with intellectual and developmental disabilities. At the Echo School, the students were challenged, according to their capabilities, to develop their skills and achieve greater independence and self-reliance.

By 1966, the original cohort had reached adulthood and needed to have purpose and meaning in their lives. Friendship House was launched with the goal of ensuring these young men and women were an integral part of the living community and grew to become productive, self-respecting citizens.

In the late 1970s and early 1980s, Ottawa Friendship House moved to its current location in just south of Ottawa and built its first residential homes for semi-independent living. Bob, one of the first students in Echo School, then became one of the first to live in a Friendship House residential home and participated in its sheltered employment program.

We strive to make staying informed easy!
Sign up for our Newsletter and be the first to receive important updates. 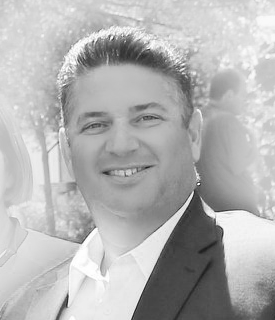 “We’re not selling anything, but we want people to learn about us, learn to be a part of us – to invest in us.”